San Francisco, Calif. – April 6, 2022 – My Hero Academia: The Strongest Hero, the hit mobile RPG, will now be published by Crunchyroll Games, the interactive division of the global anime brand, with in-game celebrations starting today. The game, which features Midoriya and his friends from Class 1-A, was the biggest anime mobile game launched in 2021 with more than 12 million downloads in less than a year.

“My Hero Academia: The Strongest Hero has found the perfect home at Crunchyroll Games with our focus on delivering rich anime experiences to fans,” said Terry Li, General Manager of Games, Crunchyroll. “We have a lot in store for players this year, so stay tuned for even more Plus Ultra action!”

Now that Crunchryoll and Funimation have come together, Crunchyroll Games can explore even more gaming opportunities to leverage and maximize more anime IP than ever before.

Based on the smash-hit anime series, My Hero Academia: The Strongest Hero immerses players into the world of Midoriya, Bakugo, and Todoroki, alongside pro heroes like All Might and Endeavor as players select their hero teams, explore the city and take down villains in a quest to become the strongest hero.

To celebrate the game under the Crunchyroll Games banner, fans can enjoy several in-game celebrations:

Players can take advantage of these events ahead of the big one-year anniversary celebration this spring, which will include tons of new events, login bonuses, giveaways, and character releases.

In under a year, My Hero Academia: The Strongest Hero was downloaded more than 12 million times by fans internationally that enjoyed over 24 playable characters, summon cards for fan-favorite characters like Toga, the new Arena Battle mode, and the new Alliance content for fans eager to build their guilds with other players. Over the past year, max character levels were raised for the boldest players to tackle more difficult game modes, cross-server duels were introduced to encourage the top players to battle it out for the top spot, and a new Roguelike mode was added for competitive players to test their skills against increasing difficulty.

My Hero Academia: The Strongest Hero is available to players in English across North America, Latin America, the United Kingdom, Ireland, Australia, New Zealand, South Africa, the Caribbean, and Scandinavia. Fans can download the game now by visiting https://got.cr/mhatsh_crpr.

My Hero Academia is the smash-hit anime series based on the manga by Kohei Horikoshi, telling the story of young Izuku Midoriya, who lives in a universe where superpowers — or “Quirks” — have become commonplace. Midoriya dreams of being a hero, although he was born without Quirks. Through the help of friends, family, and heroes, Midoriya is admitted into the prestigious high school for heroes in training where his journey begins. My Hero Academia is animated by bones inc. and the full catalog is available now on Crunchyroll.

The game is available on iOS and Android. For more information about the game visit.

Crunchyroll connects anime and manga fans across 200+ countries and territories with the content and experiences they love. In addition to free ad-supported and subscription premium content, Crunchyroll serves the anime community across events, theatrical, games, consumer products, collectibles and manga publishing.

Anime fans have access to one of the largest collections of licensed anime through Crunchyroll and translated in multiple languages for viewers internationally. Viewers can also access simulcasts — top series available immediately after Japanese broadcast.

The Crunchyroll app is available on over 15 platforms, including all gaming consoles. 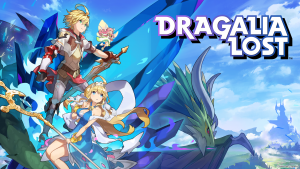 Dragalia Lost will be shutting down 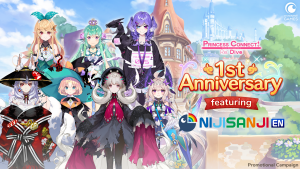